SAN CLEMENTE, CA (April, 2021) – This Earth Day, Sambazon, the first company to bring açaí products to the marketplace, is proud to publicly debut Seeding Change, an award-winning, thought-provoking documentary that gives an inside look into how large corporations affect climate change, inspiring consumers to shop smarter. Directed by renowned filmmaker Richard Yelland, the film takes a first-hand look at mission-based businesses that are working to fight poverty through Fair Trade job creation, protect the biodiversity of the Amazon Rainforest and regenerate topsoil through organic and sustainable agriculture. Seeding Change will premiere on April 22, 2021through a variety of video on demand platforms.

With the increasing frequency of natural disasters, temperatures rising, and indigenous communities at risk, Seeding Change challenges shoppers to pay more attention to the way they interact with our planet, starting with what’s on their shopping list. While there isn’t one solution to climate change, the corporations within the film are taking the first steps to show their consumers that they too are part of the puzzle, and they too can make a difference. By making the choice to buy from socially responsible businesses, they are sending a message to the world’s largest distributors that it’s time for change, environmentally, socially and economically.

“ Making this film led me on an incredible journey, documenting every step these companies are taking to not only minimize the effects of climate change, but also improve human life around the world. You can’t truly understand the milestones a mission-based business is making until you see it first-hand.

Seeding Change is brought to life by social entrepreneurs and environmental activists sharing howthey have built their businesses by putting the planet and people first whether it’s reinventing their supply chains, creating safe work environments or implementing sustainable farming practices. Key players within the film include:

By working with RoCo Films, the leading distributor of documentary films, Seeding Change will be brought to the forefront of university curriculums as well as distributed through a partnership with Net Impact, a non-profit organization for students interested in businesses that support social and environmental causes, to create a Seeding Change mentorship program for its 200k+ members.

“ As a mission-driven documentary distribution company, we believe we can make an impact in the way businesses are conceived and operated in the future, by reaching business students now. The combination of brands involved with this effort, storytelling and our relationships with universities will give rise to invaluable learning.

“ Our hopes in creating Seeding Change were to educate consumers about how their purchases directly affect the planet we live on. Through this film, and with the help of our partners, we are asking them to find companies that are working towards a more sustainable way of life.

To view the trailer and watch Seeding Change when it premiers on April 22, visit seedingchangefilm.com. Join the conversation by using #IVoteWithMyDollar.

Founded in 2000, Sambazon was the first Certified Organic and Fair Trade Açaí company in the world, supplying ethically sourced Açaí products from a closed loop supply chain to ensure its products have complete traceability and transparency from the palm of the tree to the palm of your hand. Operating on a triple-bottom-line business model, Sambazon uses commerce as a vehicle to create a more prosperous future for the people and the planet by providing ways to enjoy the Delicious Powers of Açaí. All Sambazon products, including smoothie packs, Ready-to-Eat Açaí Bowls, juices, energy drinks and Açaí Bites range from $2-$10 individually and are made from USDA Organic, Non-GMO, vegan, and Fair For Life Fair Trade Certified Açaí. Sambazon’s Fair Trade certification has helped to protect hundreds of thousands of acres of the Rainforest and its rich biodiversity inside and has benefited tens of thousands of local farmers. With the commitment to invest a percentage of local Açaí purchases back into the community, Sambazon has helped to build healthcare centers, community centers and schools. For more information about Sambazon’s mission and products, visit www.sambazon.com.

Richard Yelland is an Emmy® Award nominated director and award-winning filmmaker. Powerful visuals and strong performances are a trademark of his projects for Nike, HISTORY, Surfrider Foundation, Sambazon & Outside Television. “Richard is a fantastic filmmaker,” said Oscar® nominee Morgan Spurlock. Richard's documentary film "Floating: The Nathan Gocke Story", was ‘Emerging Documentary' winner at the 2011 Cannes Film Festival. His next film, 12 Miles North: The Nick Gabaldon Story, presented by Nike, tells the story of the first-documented African American surfer and is “Unlike any surf film you've ever seen,” according to ESPN. 12 Miles North was a 2014 Webby Award winner and inspired Santa Monica's annual Nick Gabaldon Day. "Sine Qua Non: The Psychology of Big Wave Surfing with Greg Long", Richard's following effort, was an official selection at the Maui Film Festival and winner at the 2014 BLUE Ocean Film Festival. His latest feature, "The Long Way Back" documents the addiction that nearly killed Todd ‘Z Man' Zalkins after the overdose of his longtime friend and Sublime front man, Bradley Nowell. A Best Documentary winner at The Phoenix Film Festival, the "Long Way Back" received exclusive coverage in Rolling Stone and global distribution from The Orchard (SONY). Richard received his Emmy nomination for “Pool,” a PSA he wrote and directed for the Life Rolls On Foundation featuring wheel chair "pool skater" Darwin Holmes.

Founded in 2000, ro*co has distributed exceptional documentaries to the global and educational markets including eighteen Oscar-nominated feature documentaries and festival award-winners, such as Born Into Brothels, Hoop Dreams, Jesus Camp, Pray the Devil Back to Hell, Gunner Palace, The Weather Underground, Promises, Street Fight, No End in Sight, The Devil Came on Horseback, How to Survive a Plague, The Invisible War, Blood Brother, Particle Fever, After Tiller, The Internet’s Own Boy, E-Team, The Case Against 8, Inequality for All, Girl Rising, Miss Representation, Going Clear: Scientology and the Prison of Belief, Cartel Land, The Hunting Ground, Life Animated, DOLORES, Knife Skills, Human Flow, An Inconvenient Sequel, Charm City, The Fourth Estate, Angels Are Made of Light and RBG. 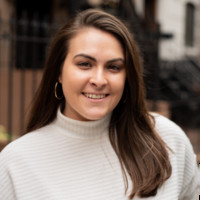